Depth Therapies in Our Quick-Fix Times: What Does the Evidence Say and What Do People Want?

Misperceptions and misunderstandings of the evidence bases supporting depth-oriented psychotherapy, short-term structured therapy, and psychiatric medication have permeated the public and our own profession for decades. As a result, many people, including therapists, lack clear, updated information about which therapies are most effective. Evidence bases supporting short-term treatment -- whether manualized cognitive-behavioral treatments or medications -- are undisputedly large and do show these treatments can be efficacious. However, there are many indications that these evidence bases are c...Read morerumbling, and short-term treatments have been overvalued and depth therapies undervalued. Unfortunately, the narrative from proponents of short-term treatments (academic psychology, government funding sources, pharmaceutical companies, insurance companies), with their substantial financial resources, has crowded out awareness and understanding of the strong evidence for longer-term, psychodynamic treatment.

The general public is also influenced by these narratives, in addition to having their own biases and ideas about therapy. To assess what people know about therapy and mental health, and what they really want from treatment, the Psychotherapy Action Network (PsiAN) conducted extensive original research with the general public. From this innovative and unprecedented effort to talk directly to the public, we learned about the attitudes people have towards therapy, which benefits matter most, what their misperceptions and biases are, and what they know and don’t know about mental health and therapy.

It’s critical for therapists to have the most updated and accurate information about the evidence bases for different forms of treatment. It’s also invaluable to understand how the general public views therapy and what’s really most important to them. This presentation will review the evidence bases for short-term and long-term treatments, and outline the various factors that have contributed to the misperceptions of the evidence. It will also share the findings from PsiAN’s original research with the general public. Finally, it will offer ideas about how to communicate and engage with the public in ways that are meaningful and relevant, so that the public gains greater awareness, understanding and appreciation for therapies of depth, insight, and relationship. Less...

Clinical Psychologist
Linda Michaels, PsyD, MBA is a clinical psychologist in private practice in Chicago. She is Co-Chair of the Psychotherapy Action Network (PsiAN), Associate Editor of Psychoanalytic Inquiry, a fellow of the Lauder Institute Global MBA program. She has published and presented on the value of psychotherapy, the therapeutic relationship and technology, and scientism. Linda has a former career in business, with over 15 years’ experience consulting organizations in the US and Latin America, focusing on marketing, brand and innovation strategies. In addition to her doctorate degree in clinical psychology from the Illinois School of Professional Psychology, she is a graduate of the Adult Psychoanalytic Psychotherapy program at the Chicago Psychoanalytic Institute, and has an MBA from Wharton, and a BA from Harvard.

Evidence base for psychoanalytic/depth therapies

Othering of this evidence base

CE Learning Systems SW CPE is recognized by the New York State Education Department's State Board for Social Work as an approved provider of continuing education for licensed social workers #0060.

CE Learning Systems dba CE-Credit.com & AddictionCounselorCE.com is recognized by the New York State Education Department's State Board for Psychology as an approved provider of continuing education for licensed psychologists #PSY-0016.

Each professional is responsible for the individual requirements as stipulated by his/her licensing agency. Please contact your individual licensing board/regulatory agency to review continuing education requirements for licensure renewal. Please note: You must attend "live" (in real-time) to earn CE's.

A continuing education certificate for the event will be obtained using the website, CE-Go. Before the event, you will receive an email containing a link to CE-Go. (This link will be sent to the email account you used to register for the event).

Upon accessing the CE-Go website, you will be able to:

If you have any questions or concerns regarding the CE-Go process, please contact CE-Go at 888-498-5578 or by email at support@ce-go.com

Please Note: Emails for this event will come from "support@ce-go.com". Please make sure to check your spam/junk folder in case those emails get "stuck". We'd also suggest "whitelisting" support@ce-go.com. This tells your email client that you know this sender and trust them, which will keep emails from this contact at the top of your inbox and out of the junk folder.

Depth Therapies in Our Quick-Fix Times: What Does the Evidence Say and What Do People Want? 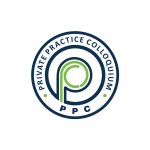